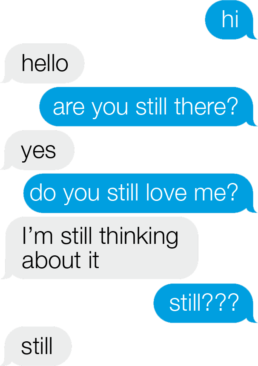 It designs bespoke corporate and communication projects for institutions and companies and develops training programmes about the fundamental issues shaping the photography and imaging world today.


It also devises workshops, masterclasses and consultancy on for-profit photography collecting and draws up exhibitions, books and art catalogues.

In the 1990s he worked as Director of the Photography department of the European Institute of Design (IED) in Turin and the Italian Photography Foundation.
In 2002-2003 he was the curator of Sotheby’s first photography auctions in Milan.
For more than 15 years, he worked as a journalist and photography critic for Italy’s most prominent newspaper, the Corriere della Sera and its Vivimilano.
Between 2005 and 2014, he was the director of Contrasto Milano and the vice-president of the Forma Foundation in Milan.
An expert of the collecting industry, he founded STILL Photography in 2014.

He has also been the editor-in-chief of the monthly photography magazine Il Fotografo between 2015 and 2019.
Today, he is the artistic director of the Casa dei TRE OCI gallery in Venice, of the Capri Photography Festival and the SI FEST of Savignano sul Rubicone.
He is also a consultant to the Venice Foundation for the management of photographic heritage and has curated several exhibitions.

Born in Milan in 1991, passionate about social media, contemporary art and photography in all of its expressions.
STILL LOVE SRL associate and STILL Photography’s and STILL Masterclasses’ communications director in Milan.
Founder and curator of STILL YOUNG, a branch dedicated to young and emerging photographers.
Between 2015 and 2019, he contributed to the monthly magazines IL FOTOGRAFO and N PHOTOGRAPHY of publishing company Sprea Editori. His writing also appeared in LAMPOON magazine.
He co-founded the cultural association L’ART9.

Attracted to art since she was young, and especially to images and their language, she graduated in Visual Art at the Milan’s Academy of Beautiful Arts in Brera, and in 2015 obtained a master’s degree in “Designing culture. Art, Design and Cultural Enterprises” at the Catholic University of Milan.
The university selected her to participate in the eighth year of the Lorenzo Bonaldi Award for the International Symposium of Emerging Curators “Arte Qui Enter Atlas”, run by Bergamo’s Gallery of Modern and Contemporary Art (GAMeC).
He joined STILL in 2016, assisting Denis Curti in curating and organising exhibitions and writing catalogues and iconographic research.
As a contributor to monthly magazine IL FOTOGRAFO, she oversaw cultural columns and interviews to national and international artists.